Where is the sense of humor?

Recently I have had a number of interactions with recent college graduates.  The education background ranged from techies to social workers.  They are all technology saavy and think quite highly of themselves.  As I reflected on my interactions something really struck me as odd.  Most of them do not seem to have a sense of humor.  The trend I am seeing concerns me.  What is driving this?  Is it simply the people I interact with?  Is it coicidence?  Is the sampling too small?  Is this a classic techno-geek issue?  Or, is it just me?

I don't think it is any of these things.  I believe the culprit is technology.  Social technology to be exact.  This new generation of workers has been on the leading edge of the social media craze.  They started with instant messaging, moved up to email, then on to Facebook and Twitter.  Mix in a good dose of texting and I think you have a recipe for a problem. 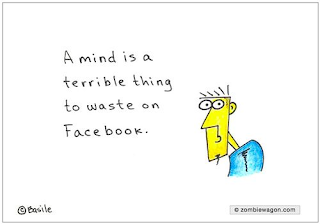 Now, don't get me wrong.  I too am a texting, tweeting, emailing machine.  The difference is that I didn't start there.  I started by having to talk to people......with my voice.  There is nothing like the inflection of one's voice to get a point across or add levity to a discussion.  Texting and Facebook simply don't do that.  Sure, I can add a winking emoticon or two but it simply isn't the same.  Today's trend is for short bursts of conversation (limited to 140-160 characters as in texting and Twitter respectively).  The sharing of stories is getting lost in all of this.  The conversation is short and to the point.  The emotion is missing.  The use of sarcasm all but dead.  The quick comeback - gone.

Technology is a wonderful thing.  I make my living thanks to technology.  I have a passion for everything technology.  However, we have to understand some of the implications that our technology can bring (let's not even start talking about every regime out there now flying their own drones).  When the guy who created Facebook did so to help with his own social shortcomings, what do you end up with?  A generation of people who have learned how to communicate from the technology created by an introvert.  Not good.

Coaches - You are building the workplace team of tomorrow

Growing up, I participated in lots of sports, both formal and informal.  Basketball was my game, but many other sports were in the mix as well.  During those years I had many coaches and was lucky enough to have some very good ones. Those coaches helped shape how I think about teams in my work life today. 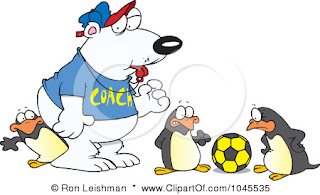 I have been a youth soccer and basketball coach for over 15 years.  During that time I have coached all age groups from six year olds up through those high school age.  Some teams were introductory and instructional while others were highly competitive.  Sometimes I had a kid on the team, sometimes I did not.
For me, it never mattered the age or skill level I was coaching, the message was always the same.  On the first day of practice I would get all the parents together to set expectations.  I would explain that we are building life skills for these kids.  We are not creating the next generation of national team players, division 1 athletes, Olympians, or professionals.  If your expectations are different, you have found the wrong team.  For the record, no parent or player left as a result of this proclamation.


Every day in some aspect of our life we work as part of the team.  To be a good member of a team requires skills that don't necessarily come naturally to everyone.  The discipline required for the preparation, training, and competition as part of a team is no different at its core whether it is soccer, band, volunteering at the local soup kitchen, or doing your job.
As coaches we have the responsibility to put the pieces together in the most effective way and to provide the environment that allows for success.  We must leverage the strengths and improve upon the weaknesses of each member so as to allow them to be a success.  The kids that have great team experiences will be more likely to be highly functional team members for the rest of their lives.  Nobody is going to remember the score of the pee-wee football game 10 years from now but they will remember the team they played on, the commitment required, the hard work, and the experiences they had.

Coaches and parents alike play a big role in shaping the corporate citizens of tomorrow.  So, the next time you are freaking out on the sideline (coaches) or in the stands (parents) during that next U-10 soccer match, remember what is really happening.  It isn't the wins and losses so much as it is the experiences and life skills acquired during the journey of being part of the team.  Help to make it memorable in a positive way.
Posted by Mark at 8:00 AM No comments: